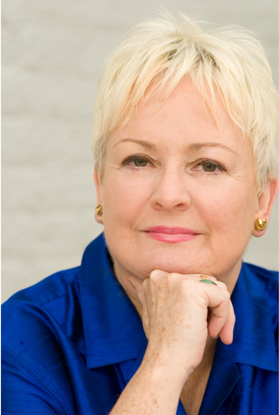 Peggy Cosgrave began her career in A Long Day’s Journey Into Night with Helen Hayes in 1971 and in 1985 was nominated for the first Helen Hayes Award for her portrayal of Chic in Crimes Of The Heart. She has been a professional Actor for 43.

Peggy originated the leading role of Clara Nowak in Miracle on South Division Street in its debut at the Penguin Theatre in New York State, followed by productions Off Broadway, and at regional theaters in Connecticut and New Hampshire.  She also originated the role of Peggy, which was written for her, in the debut of Women Who Steal at GEVA Theater.

Broadway:  Born Yesterday with Madeline Kahn and Ed Asner; The Nerd, The Shadow Box, and Suddenly Last Summer.  Off Broadway: The Sandbox, directed by its author, Edward Albee.  Regional:  You Can’t Take It With You, Our Town, Pride and Prejudice (GEVA Theater), Inspecting Carol (George St. Playhouse), The Importance of Being Earnest (Pioneer Theater), Steel Magnolias (Arts Center of Coastal Carolina), among many others.  Tours ans Star Packages: Cat on a Hot Tin Roof (Frankfurt, Basil and Vienna), Tribute (with Van Johnson), Eccentricities of a Nightingale (with Sandy Dennis), Angel Street (with David McCallum.  TV:  The Following.  Peggy is a proud member of Actors Equity.